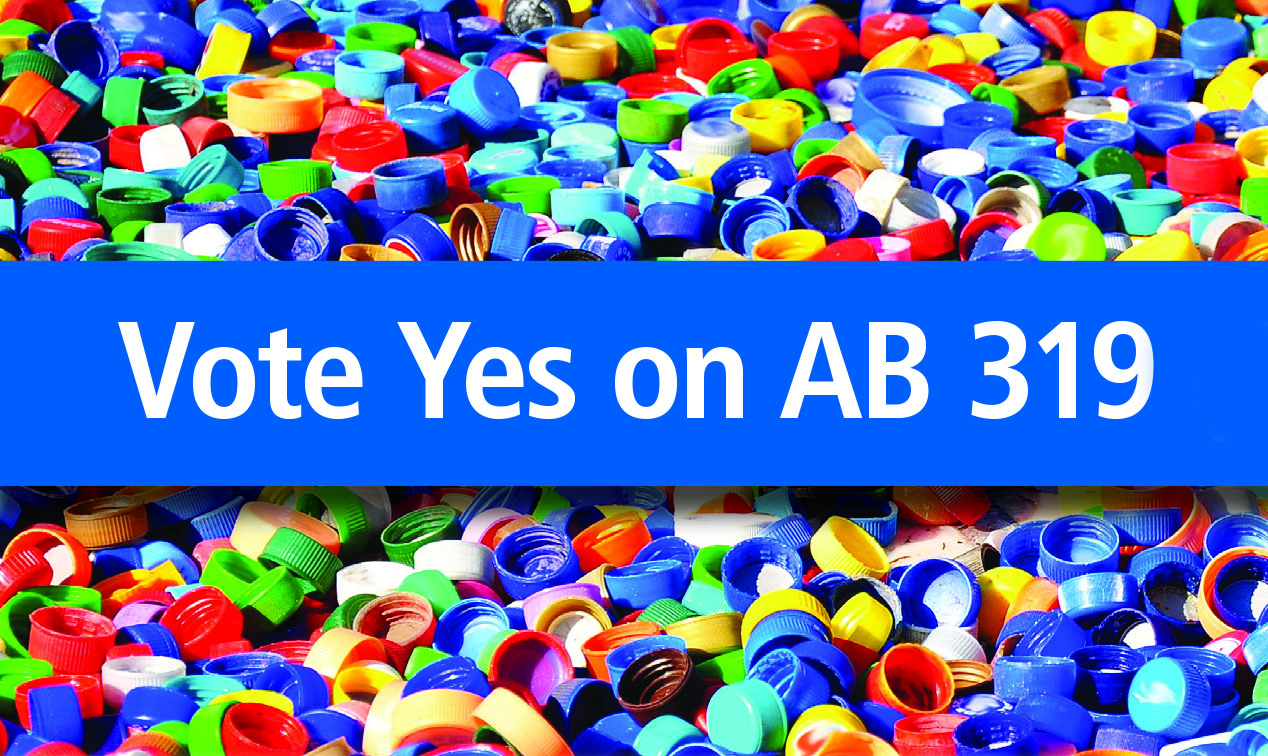 Action Alert: Contact Your Legislators to Connect the Cap!

By now you have heard the report that by 2050 there will be plastic in the ocean than fish if we don’t take action to reduce plastic pollution. You’ve probably also heard that plastics are being mistaken for food by seabirds and fish, including some fish sold in grocery stores. We have to Act Now to stop the plasticizing of our ocean and food sources!

One super-simple way to reduce plastic litter is connecting bottle caps to plastic beverage containers. The beverage industry made a similar change in the 1970s to reduce litter from aluminum can pull tabs. They switched to a pop tab, that stays with the can and immediately ended that aluminum pull tab litter problem. But the beverage industry is dragging its feet on plastic caps. Your legislator needs to Hear From You that you support forcing the industry to connect the caps.

This is a BIG problem. Californians purchase 11.7 beverages in plastic bottles each year. 5 billion bottle caps don’t get recycled and end up littered or in the landfill. In California, where plastic beverage containers average a 70-80% recycling rate, we can reduce plastic litter and increase recycling by ensuring that the WHOLE bottle gets recycled. Take ACTION NOW to support AB 319, a bill that will require that industry connect the caps.

When similar legislation was introduced In 2009, Coca Cola and PepsiCo blocked the bill, telling legislators that the technology wasn’t available and that they needed time to develop it. Well, it’s 9 years later. The technology exists. Several companies, including Coca Cola and Pepsi, use connected sports caps on their more costly water bottles, and Crystal Geyser is rolling out the 1-Cap (™) in California and Texas. Crystal Geyser’s connected cap reduces the plastic footprint of the bottle, saving them money, which means they plan to do this at all their bottling plants. But Coke and Pepsi are back in the legislature trying to block this bill. WE NEED YOUR HELP RIGHT NOW! Call your Assemblymember and tell him or her to support AB 319 to connect bottle caps. It has to pass the Assembly by January 30.